Queensland Garden Expo offers the largest speaker program of any gardening event in the country. Visit us on any of the three days of the event and you will find free talks on a variety of topics running on 10 live stages.

More than 120 presentations from over 40 speakers promises to deliver anything you need to know about gardening…and more!

Our 2021 Gardening Experts will include….

Jerry Coleby-Williams is a horticultural botanist, writer and Director of the Seed Savers’ Network. He is the Patron of the National Toxics Network and of H.O.P.E. Australia. Jerry is also the popular Queensland presenter on ABC’s Gardening Australia.

Her enthusiasm and passion for plants and gardening inspires people of all ages. Sophie is a strong advocate for sustainable gardening practices, growing organic food, cooking from the home garden and creating backyards where kids can play freely and develop a lifelong connection with nature.

She is also passionate about Horticultural Therapy and saving the world with gardening. 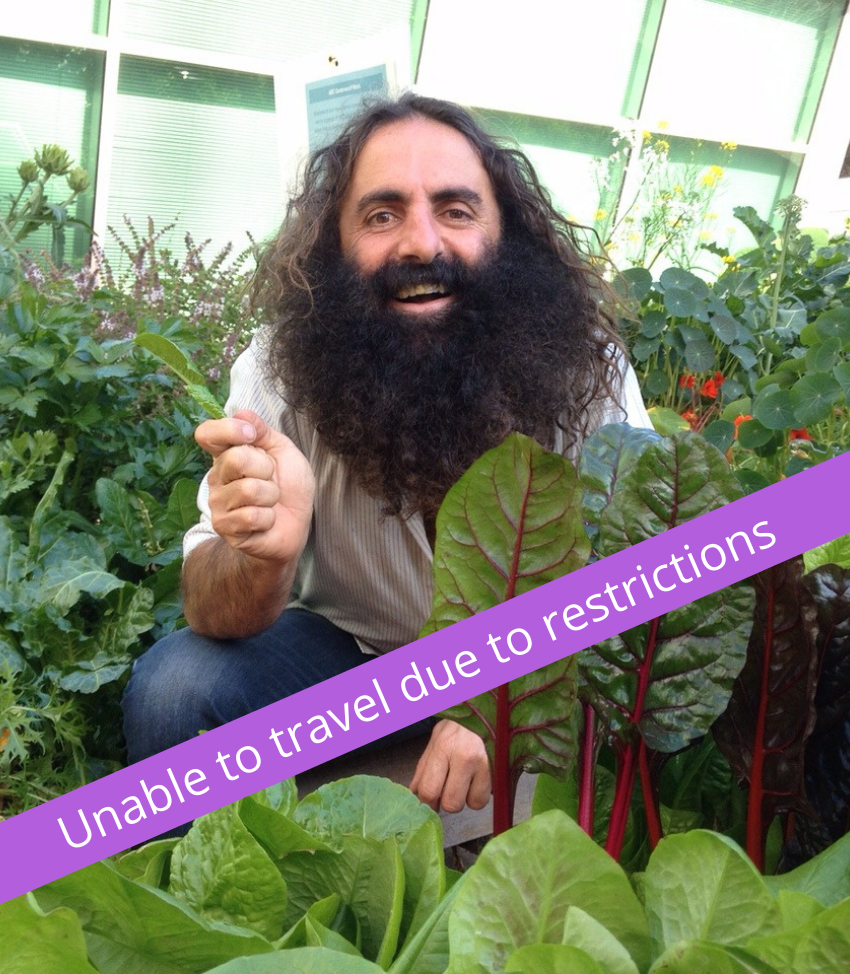 Costa Georgiadis is a landscape architect who has an all-consuming passion for plants and people – he knows how to bring out the best in both of them, and takes great pleasure in bringing them together.

Costa believes in embracing and celebrating mother nature’s cycles and seasons and nurturing her balance, beauty and bounty organically. His holistic approach is all about gardening the soil and the soul.

Costa is the current host of Gardening Australia and will be in attendance at the Expo on Saturday and Sunday. 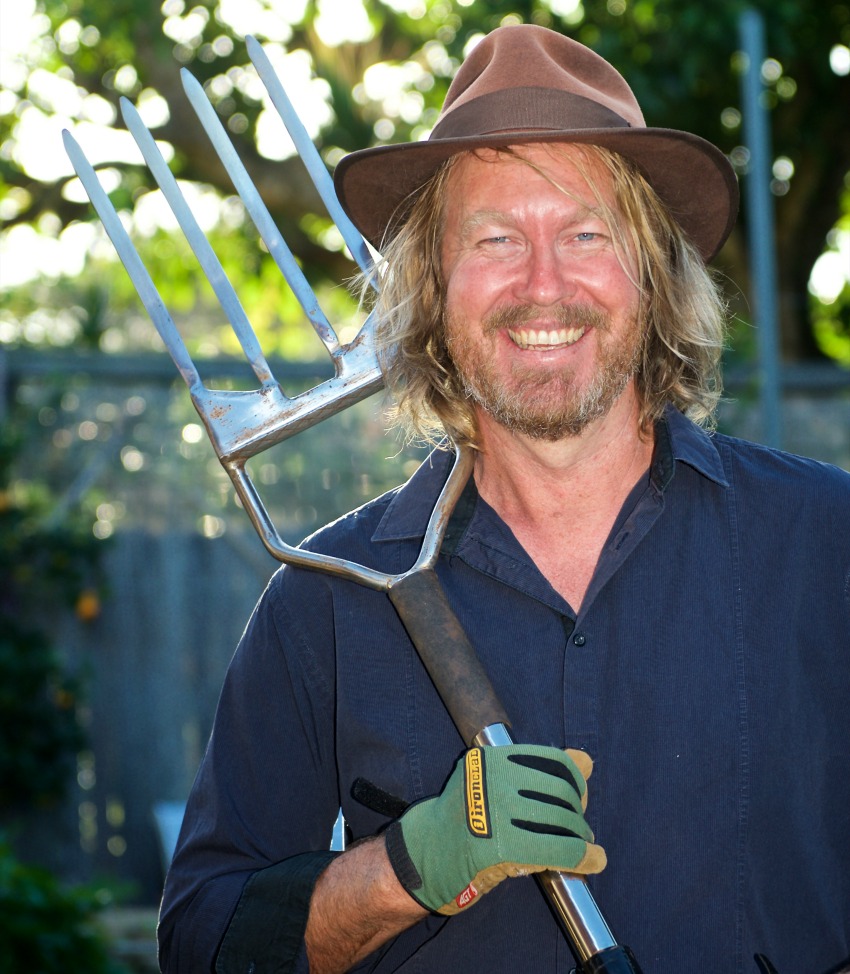 A trained horticulturist and landscape designer, Phil’s true passion is in organic gardening and teaching others how to enjoy the greatest success when growing their own food.

Born and bred in Brisbane, he now lives in Lismore, Northern NSW. 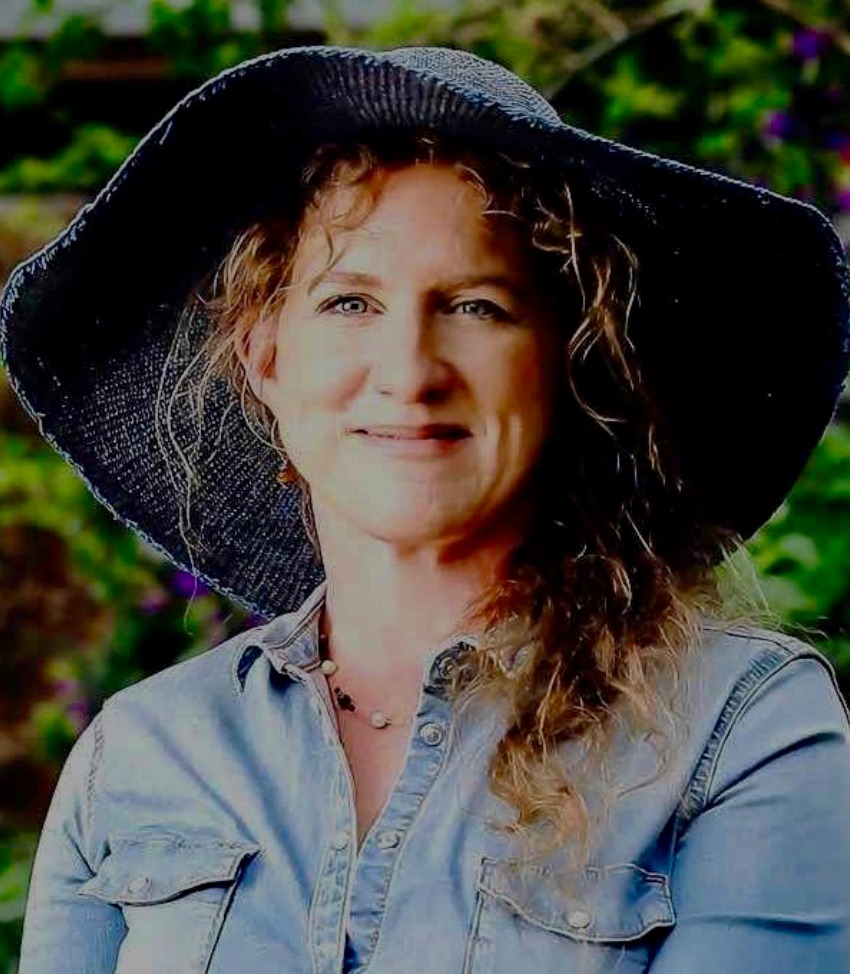 Children, chooks and all things related to gardening and nature are Claire’s main passions in life.

Her love for everything horticultural stems from many a childhood day spent in the company of her grandmother, an avid gardener and plant lover. This passion she now shares with her three children and has turned into a career that has lasted over 20 years so far.

Claire is a qualified Brisbane based horticulturalist with a Diploma in Horticulture and an Advanced Design Certificate in Permaculture Design. She is also on the executive committee of the Horticultural Media Association Qld. 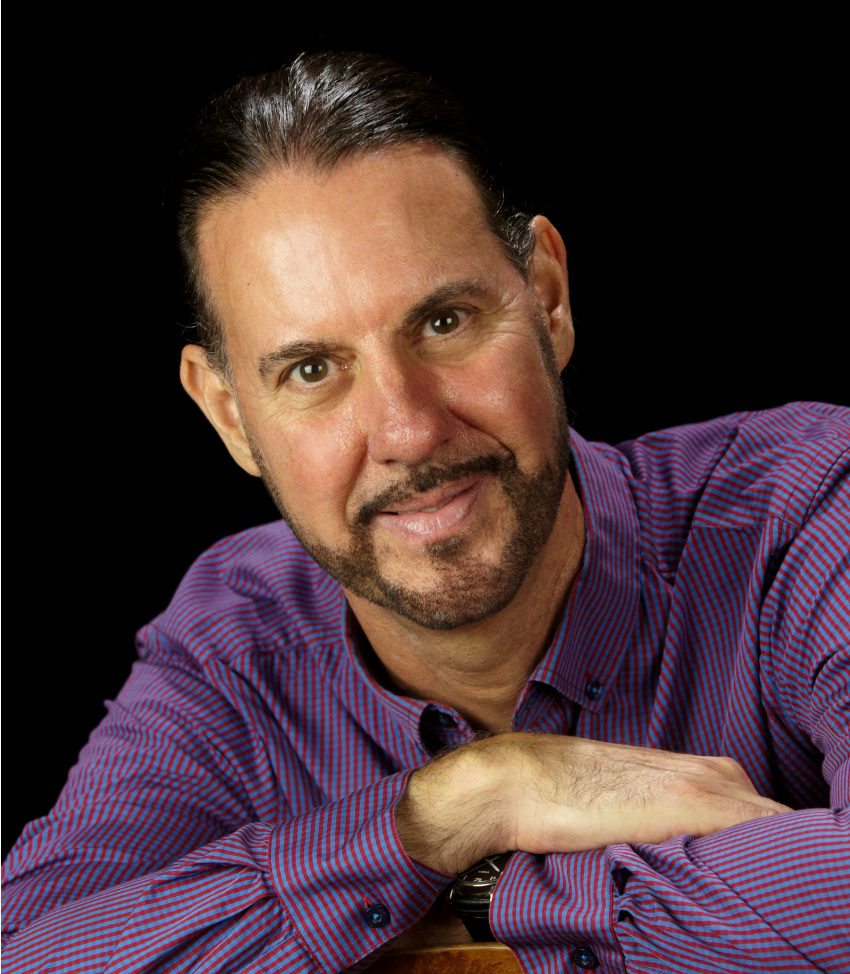 Arno is a Brisbane-based landscape architect and horticulturist, familiar to many gardeners from his weekly broadcasts on Radio 4BC and articles in a variety of magazines, journals and blogs. Acknowledged for his appreciation of subtropical plants, garden design, and local practices, Arno enjoys sharing his passion for all things gardening with our audiences. 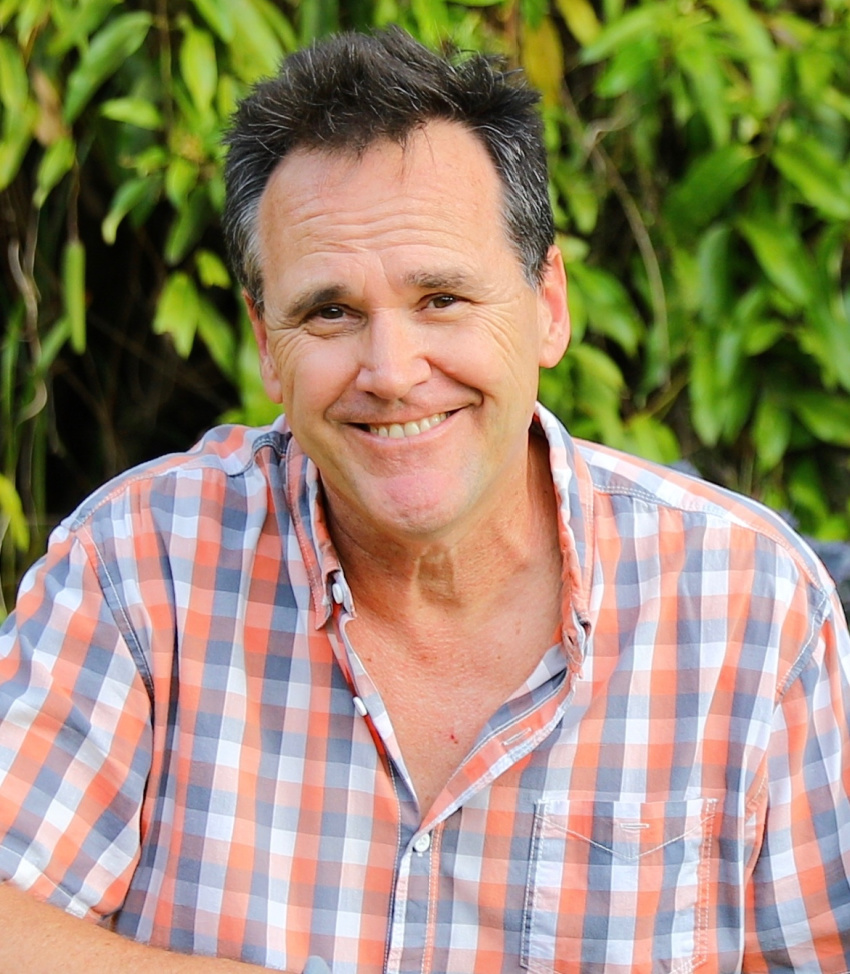 Living in the Noosa hinterland Adam is a life-long gardener, horticulturist by trade and communicator by profession. He has worked in the horticultural media for nearly 20-years as a writer, photographer, TV & radio presenter, public speaker and podcast host.

While Adam’s focus is on gardening and horticulture he has a strong background in landscape design and construction and emphasises sustainability across all of his work.

He has won a multitude of awards for his photography as well as for his video production, radio presenting and sustainable garden designs.

You can tune-in to Adam every week on ABC Sunshine Coast during the Morning Show or join him on his YouTube channel where his garden-centric projects have had well over 6-million views. 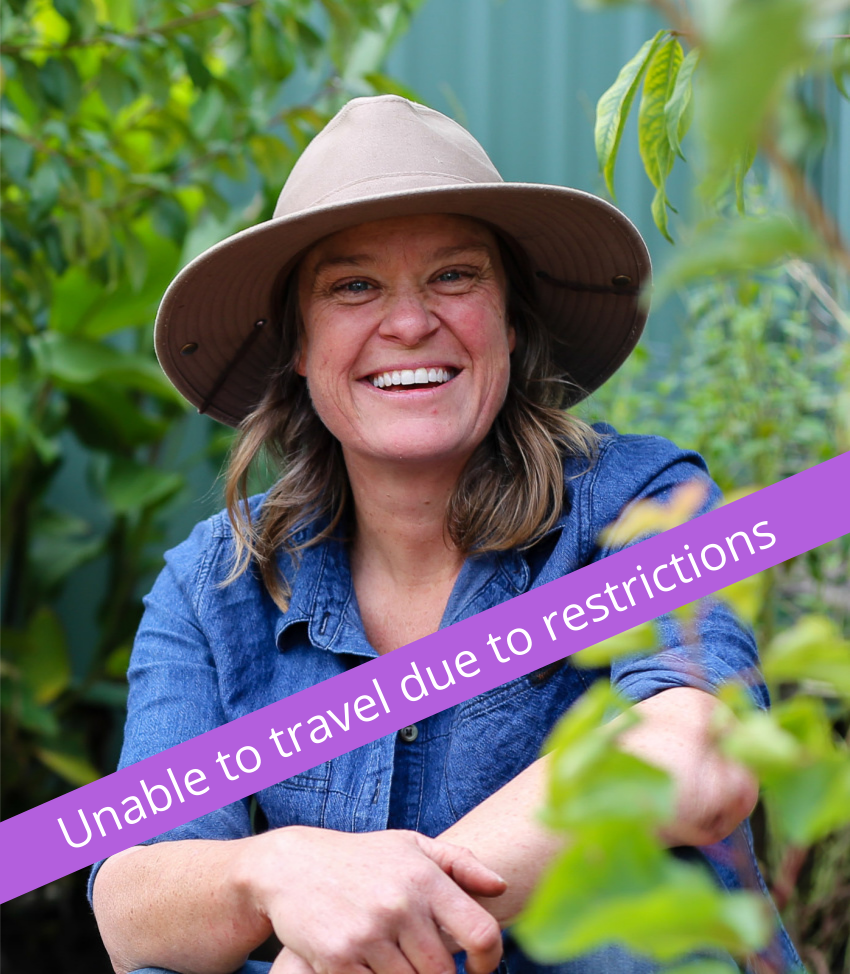 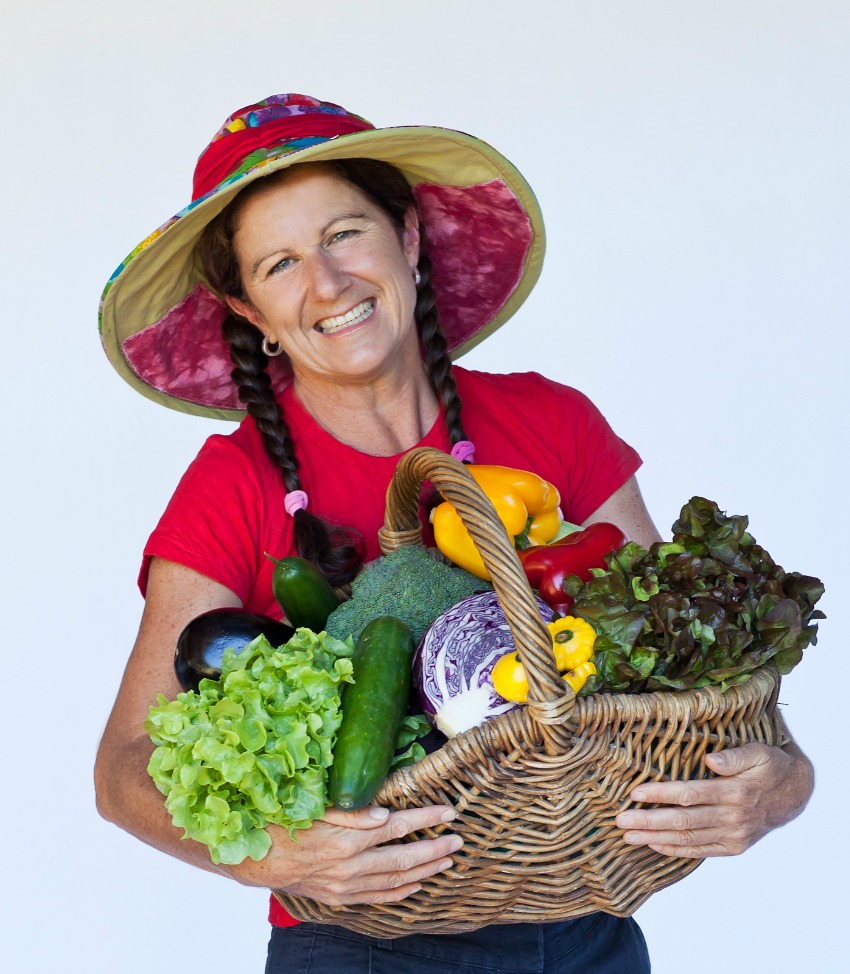 Leonie is passionate about growing healthy people through nutrient rich food which starts with the soil. Whether you are growing in a pot, your backyard or acreage, there are positive solutions for your family’s health. 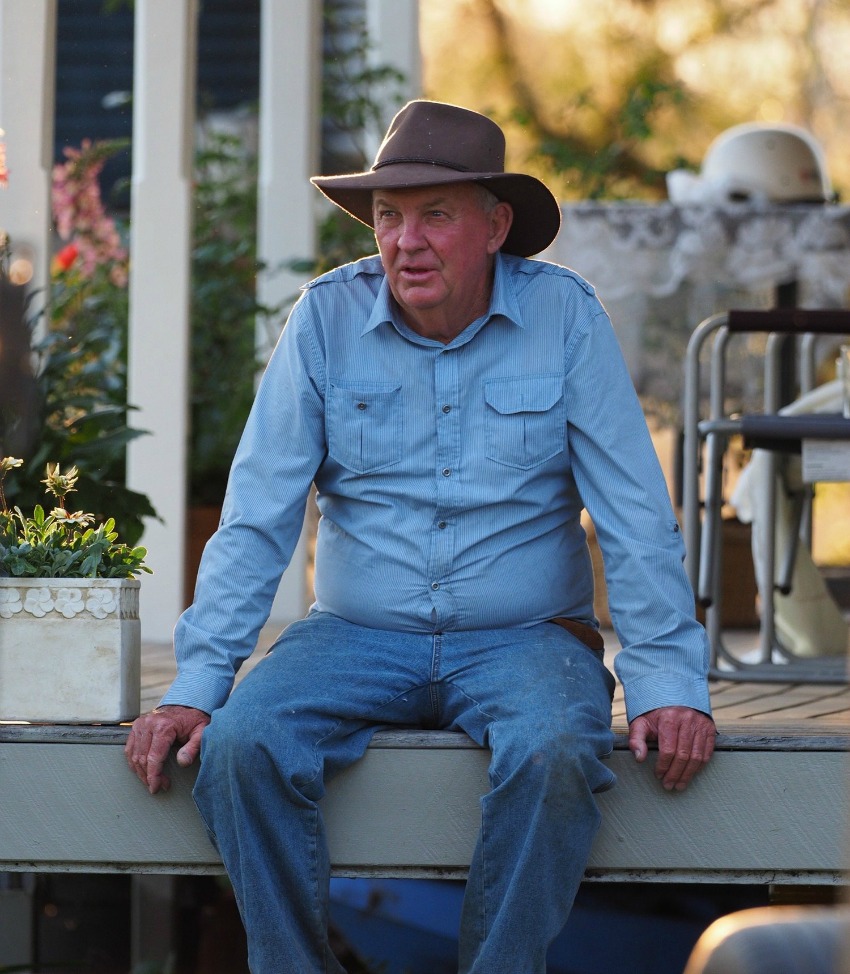 Professor Richard Drew is the leading world authority on pest fruit flies of the Asia-Pacific Region and has recently developed, from years of research, a new insecticide-free synthetic lure that mimics the odour of ripening fruit and attracts mature egg-laying female fruit flies. This breakthrough has been commercialised by AgNova Technologies in Melbourne, making the trap and lure technology available.

Further to many research publications he published in 2018 a new book titled ‘The Fruit Fly Management Guide – Understanding and Managing Fruit Flies’. This is tailored to the home gardener, farmer and commercial producer. It is simply presented and beautifully illustrated.

Professor Drew has conducted research on fruit flies for five decades, and has established a clear understanding of their biology and pest management. He has received many awards including the Clunies Ross National Science and Technology Award, Australia’s most prestigious science award. In 1995 was awarded an Order of Australia for contributions to fruit fly research and management. 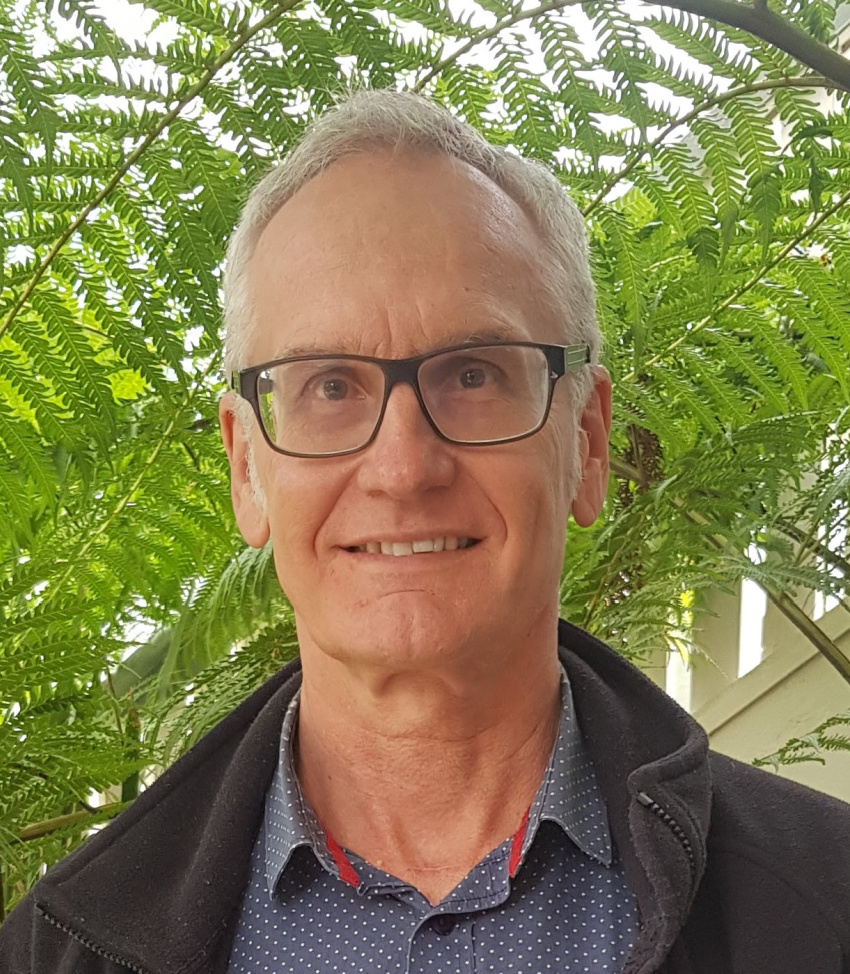 Dr Tim Heard is an ex-CSIRO entomologist and current president of the Australian Native Bee Association. He studies and promotes native bees for pollination and conservation. In 35 years of bee keeping, he has rescued and bred thousands of colonies of stingless bees.

He regularly presents workshops and seminars, talks on radio and is the author of multi award winning and best-selling “The Australian Native Bee Book”. 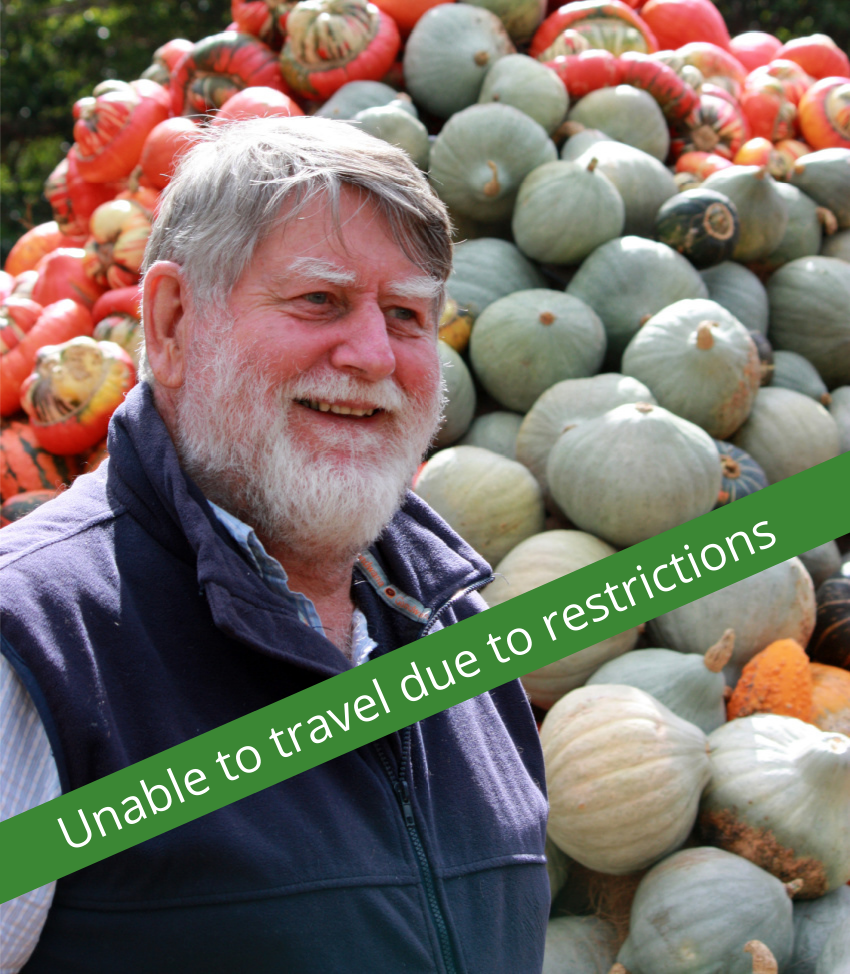 In 2011, the Blazey’s gifted ownership of The Diggers Club and the gardens of Heronswood and St Erth to The Diggers Foundation. Through the Club and the Foundation Clive continues his work in preserving our finest heirloom varieties and gardening traditions. 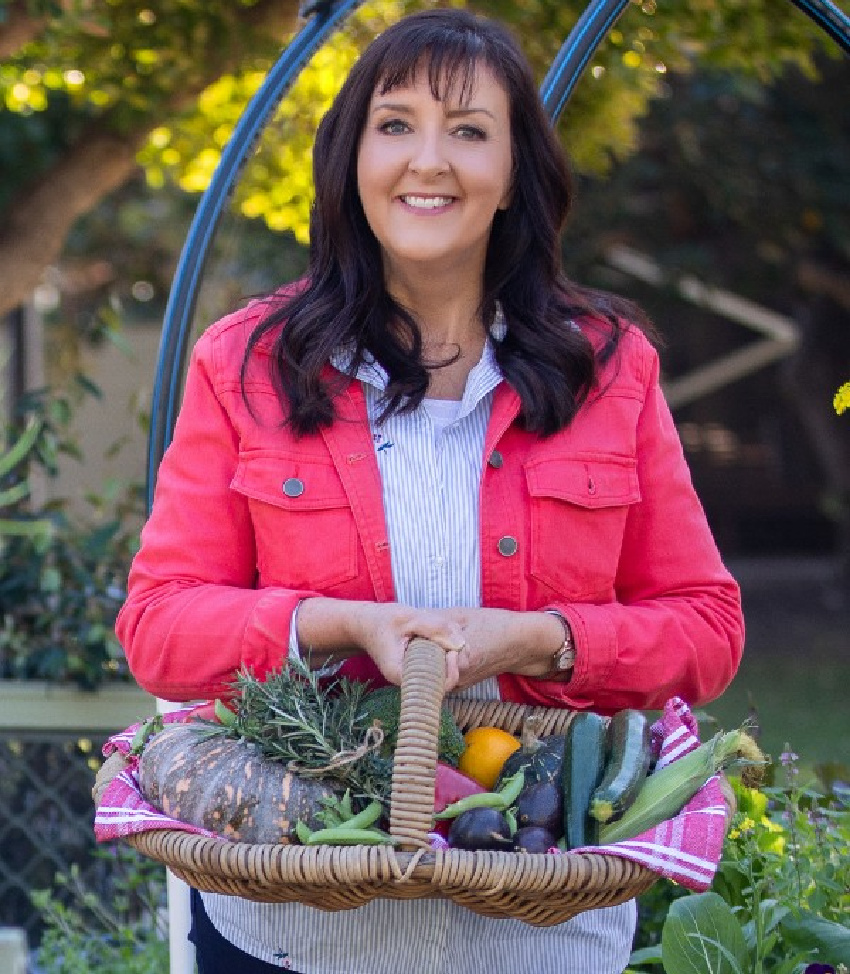 Anne is passionate about inspiring people to improve their health by building healthy soil and growing minerally-rich plants. With a focus on easy sustainable practices, working with nature and Permaculture design principles, she shares organic gardening tips and tutorials to save time, money and energy on her popular website TheMicroGardener.com. 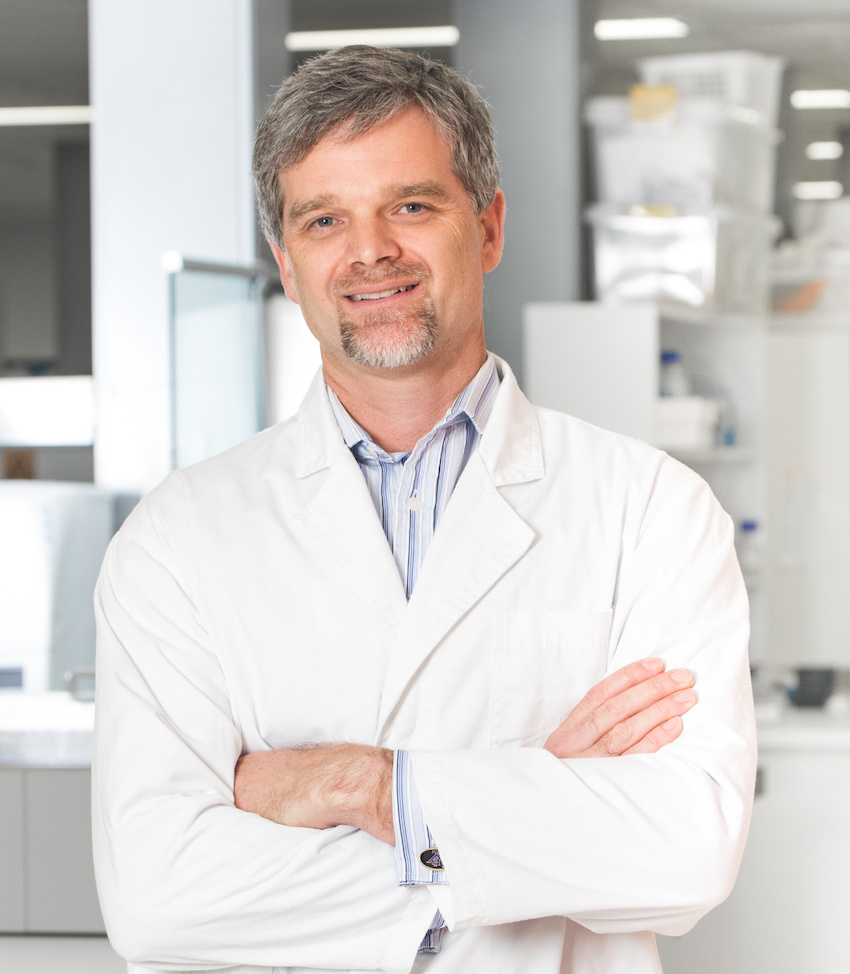 Rohan has authored 155 publications, and holds two patents. He has led both industry and academic research projects that have resulted in the identification of >1000 natural products from plant, marine invertebrate and microbial sources. A/Prof. Davis is the Lead for NatureBank, a unique Australian biodiscovery resource located at GRIDD.

Originally taking up a position in the coffee and hospitality industry by chance, Australian barista champion Tim Adams and wife Katie soon discovered that the humble cup of coffee was more than just a morning ritual for them; it was a passion.

Intrigued by the entire coffee journey from bean to cup, Tim set about honing his barista skills and immersing himself in all levels of the coffee-making and growing cycle.

After spending a few years in the industry, Tim’s spirited and determined nature drove him to enter a range of state, national and international barista competitions. In 2009, he claimed victory in the AustralAsian Specialty Coffee Association (AASCA) Queensland Barista Championship. Tim then went on to be crowned AASCA 2009 Australian Barista Champion, a coveted title that is recognised around the globe.

Tim has also represented Australia at the World Barista Championship in 2009 placing 13th and is widely recognised as a leader in the specialty coffee industry.

Tim has gone on to launch Lamkin Lane Espresso Bar on Queensland’s Sunshine Coast, which is fast earning a reputation as one of the premier coffee destinations in South East Queensland. Tim Adams Specialty Coffee also operates a mobile espresso van in the region, selling its own range of specialty coffee blends at both a retail and wholesale level. 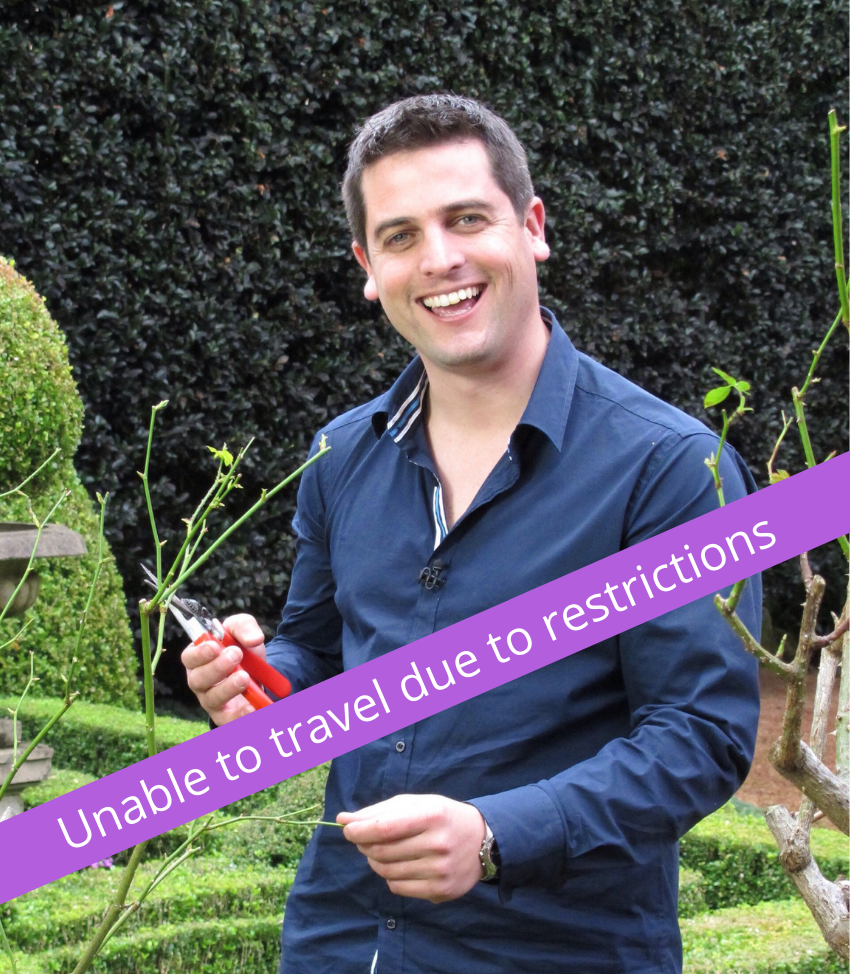 Matthew Carroll (aka Hortiman) is a regular at national gardening events where he shares his passion for all things plants, gardening technologies and innovation .

In 2012 he was named Australian Institute of Horticulture’s ‘Young Horticulturist of the Year’ and has also been recognized with awards for his prolific online work with several garden focused websites (Hortiman.com ; GardenEvents.com.au ; Hortipedia.com.au), social media accounts and podcasts. 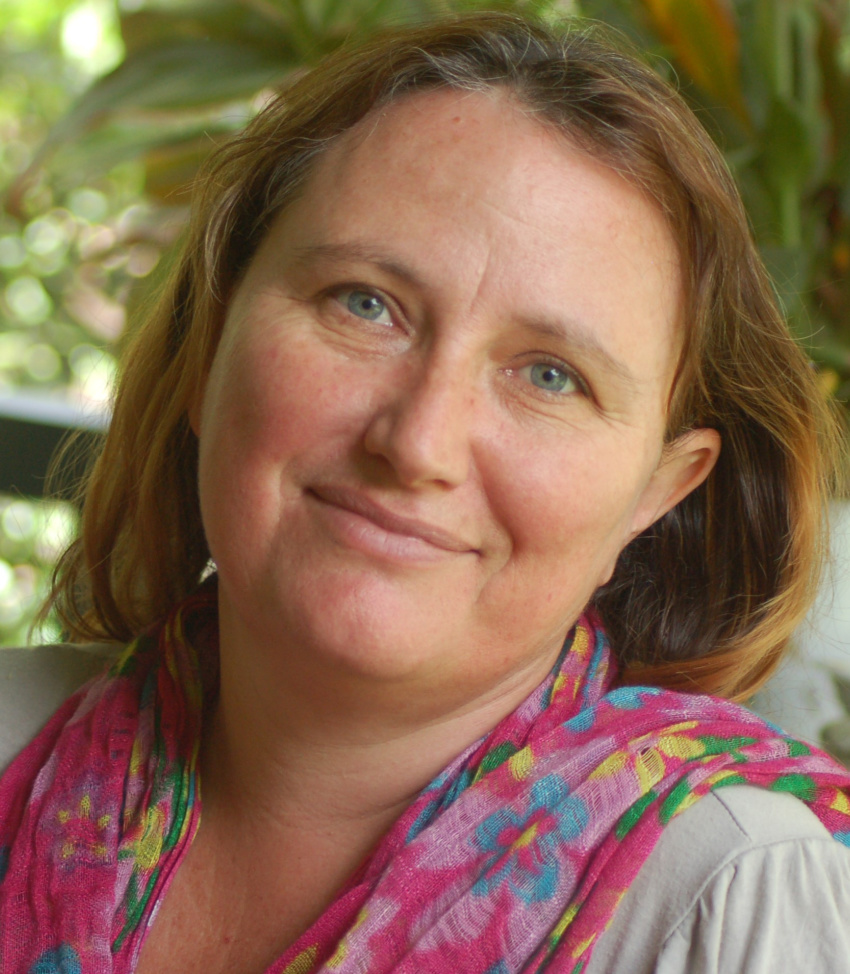 Kate Wall is a consulting gardener and gardening educator based in Brisbane. She has written for numerous publications and is a popular gardening speaker.
Kate runs regular gardening workshops on various topics linked to her lifelong passion – sustainable gardening. With formal qualifications in Environmental Biology, Kate specialises in creating rewarding gardens which embrace and celebrate the interconnectedness of all plants and creatures within the garden ecosystem.

Kate strives to make gardening not just sustainable but also easy and rewarding for everyone. Kate is the author of the essential gardener’s companion book “Working With Weeds”. Kate runs regular weed walks in Brisbane. Kate is the host and creator of Gardening in the Pub. 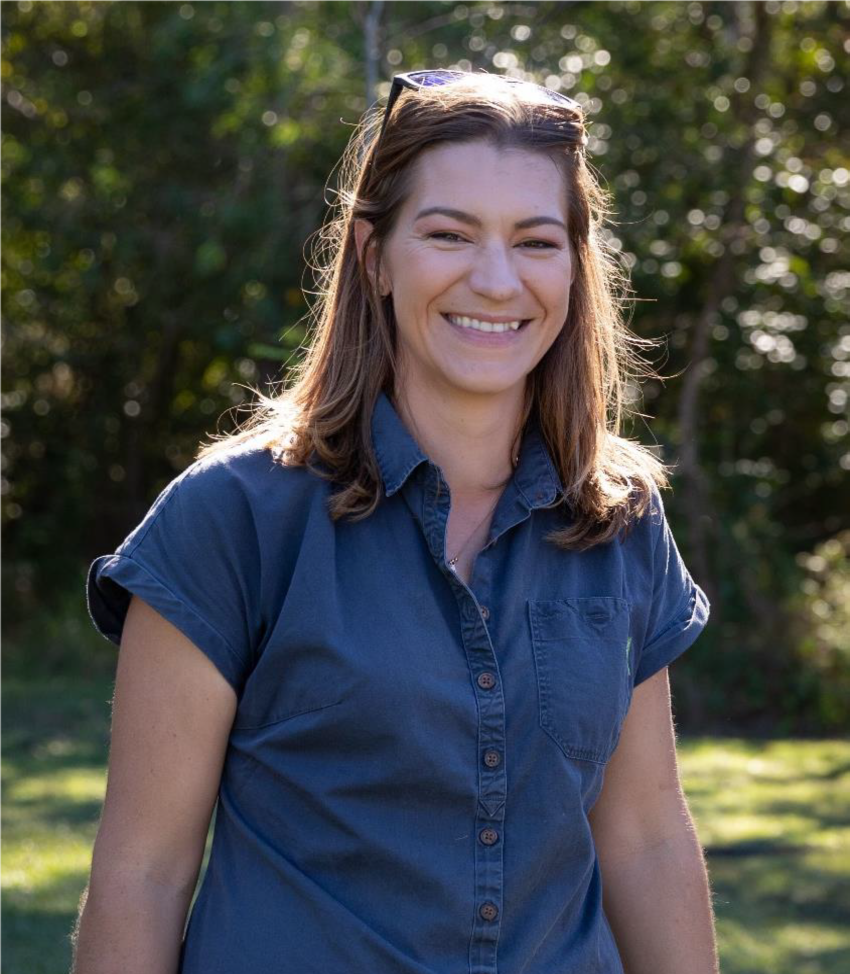 Sarah is passionate about growing and using culinary plants in her daily life. Growing herbs alongside her mother since 2002, Sarah brought and relocated Basilea Living Herb Farm to her property in 2013; building a one of a kind production spray free, reticulated hydroponic and organic herb and edible flower farm, with markets in to Brisbane’s fine dining Restaurants, Café’s and Bars.

One of Sarah’s many focuses have been Basilea’s ‘Eat today, Plant Tomorrow’ seedling range, encouraging people to grow their own kitchen garden; increase health and well welling. Recently Sarah open her Urban Farm up to monthly for direct sales to the public and educational workshops.

Sarah obtained her Production Horticulture Certificate via Prior Recognise Learning and dedicated to learning more about the wide world of edible plants and sharing this passion with others. 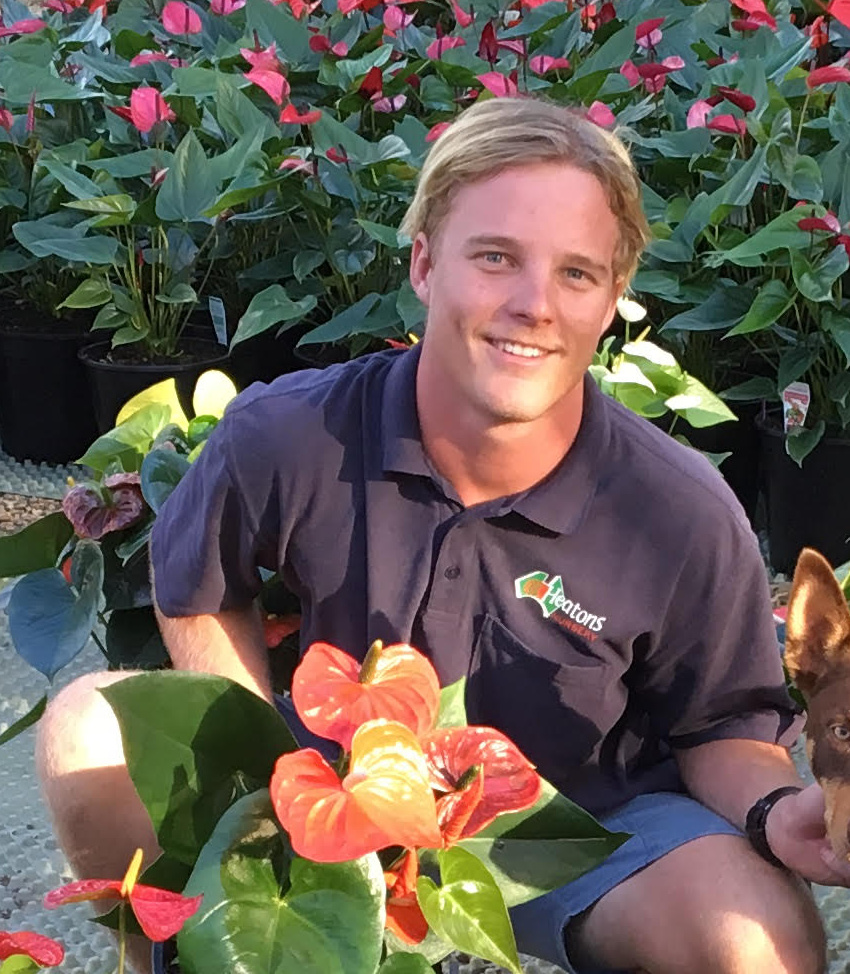 Jack Heaton is the 3rd generation Heatons Nursery.  Jack studied horticulture during school and has continued to study while working in the nursery.

Having grown up in the industry Jack has only missed the event three times has found that the more he learns the more he’s finding he needs to continue to learn. Jack has been involved with bringing new technology and equipment into the nursery which has more than doubled since starting full time 4 years ago. 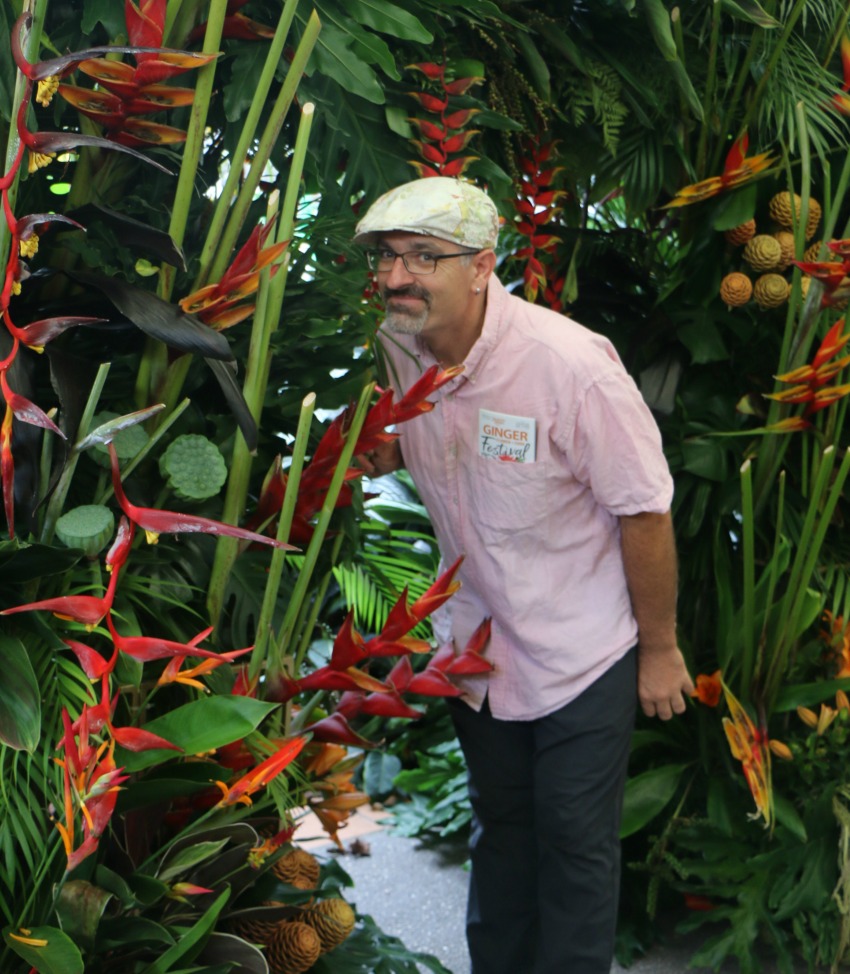 Dr Kevin Redd grows a wide range of edible plants at his boutique nursery and demonstration gardens on the Sunshine Coast. Equally passionate about harvesting and using these amazing culinary ingredients, he will share some recipes and techniques for cooking and enjoying the seasonal abundance! 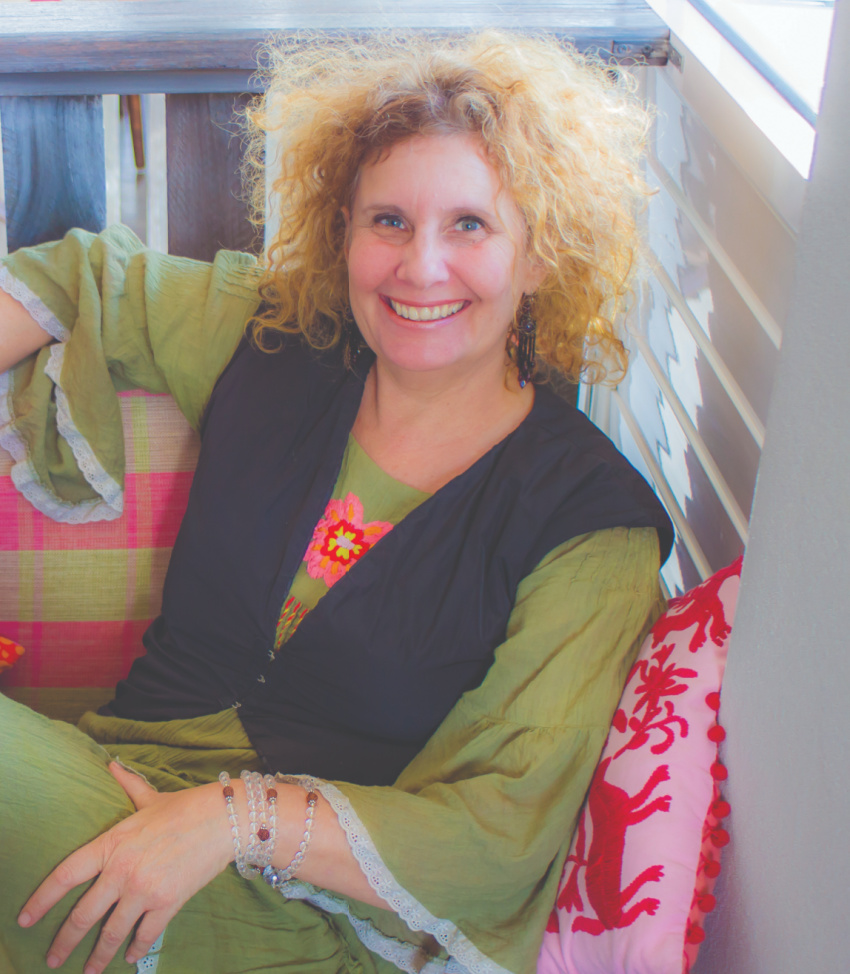 Dominique is the founder here at Medicineroom which she set up in 1999.   An award winning naturopath who has helped thousands of people gain empowerment and healing through plant medicines and creative self healing techniques. She is Folk medicine Programer for The Woodford Folk Festival and also founder of High vibes on the mountain – a two day health & wellness event.

She is a qualified Public health advocate, naturopath, nutritionist, herbalist and journalist. Andrea Caldecourt has been immersed in horticulture for almost 30 years, with unique experience ranging from non-profit organisations to international commercial businesses.

In 2013, Andrea was working in her native UK, as CEO of the horticulture peak body, media bureau, and public information office. She was invited to Brisbane to keynote an industry conference; and six months later found herself returning to Queensland full-time, to launch a project helping Australian growers, wholesalers, and florists develop their business and find new markets.

You now find her working for Cedar Hill Group growing their multiple online and offline horticulture businesses, waiting for her passionflower to fruit, and trying to understand every one of the 24,000 native species of Australian plants. 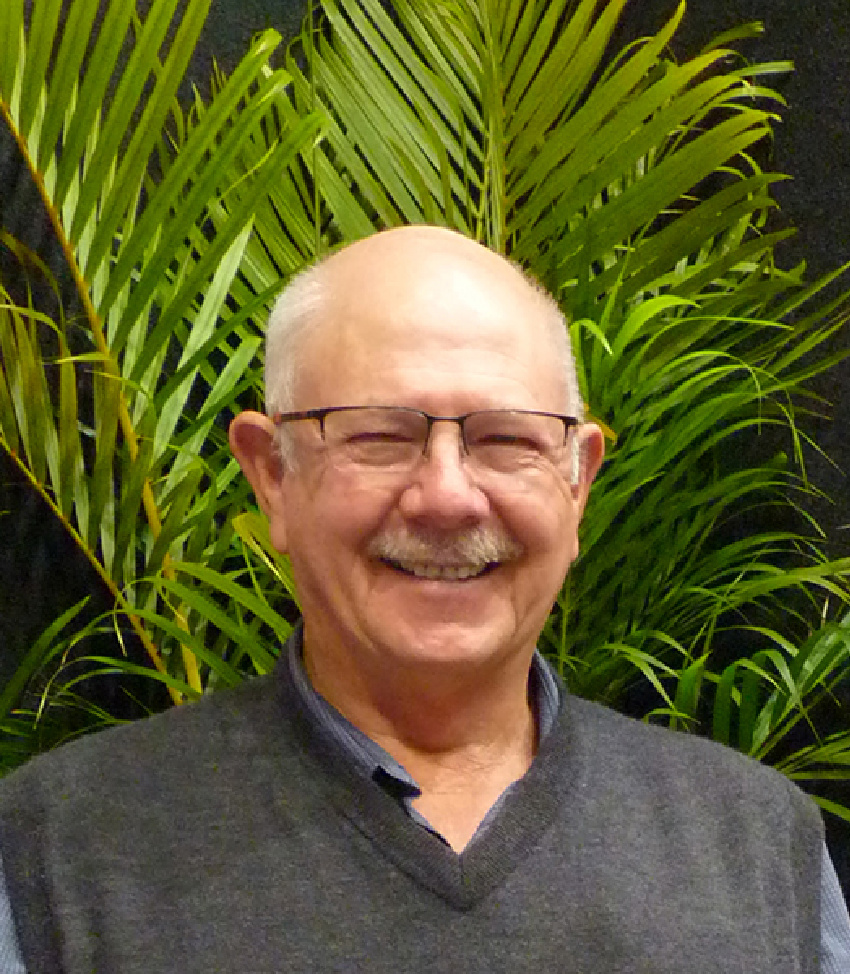 Peter Young is an internationally renowned fruit tree expert and he will be giving daily talks in the Banksia Marquee. Peter will tell you everything you need to know, including how to deal with pests and diseases, fertilising and pruning your fruit trees.

Linda Brennan is horticulturist specialising in organic gardens, an environmental educator and a passionate greenthumb. She’s devoted to health and vitality through nurturing life, people and the environment, and is an inspiration for adults and children who want to grow bountiful gardens, edible flowers and organic food in abundance.

Linda enthusiastically promotes the enjoyment of home-grown organic food and inspires families to grow their next meal. In her spare time, she sinks her hands into the soil in her own beautiful organic acreage garden where hundreds of edible, medicinal and useful plants thrive. Edible flowers feature under the orchard trees, through the vegetable patch and are dotted through the beautiful herb and cottage gardens and surround the labyrinth. Her many hives of stingless native bees and European honey bees, pollinate fruit trees and vegies, giving abundant crops.

But wait there’s more! The following speakers will also be sharing their knowledge with us in 2021… 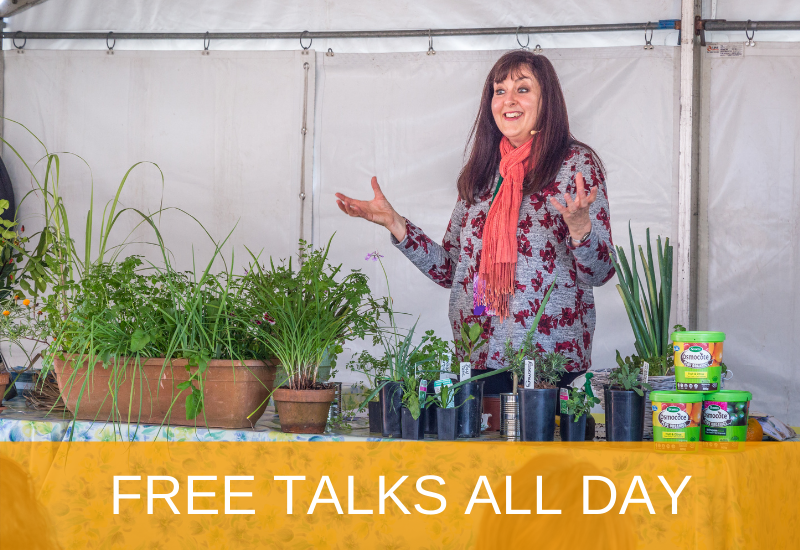 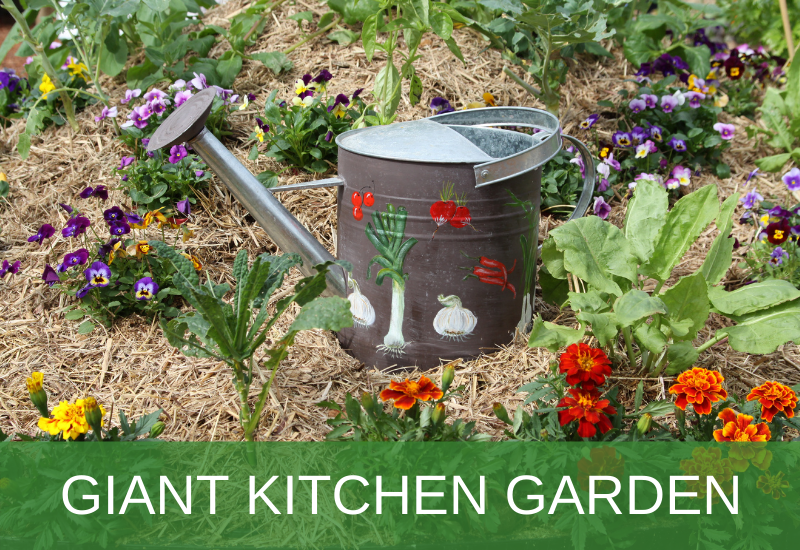 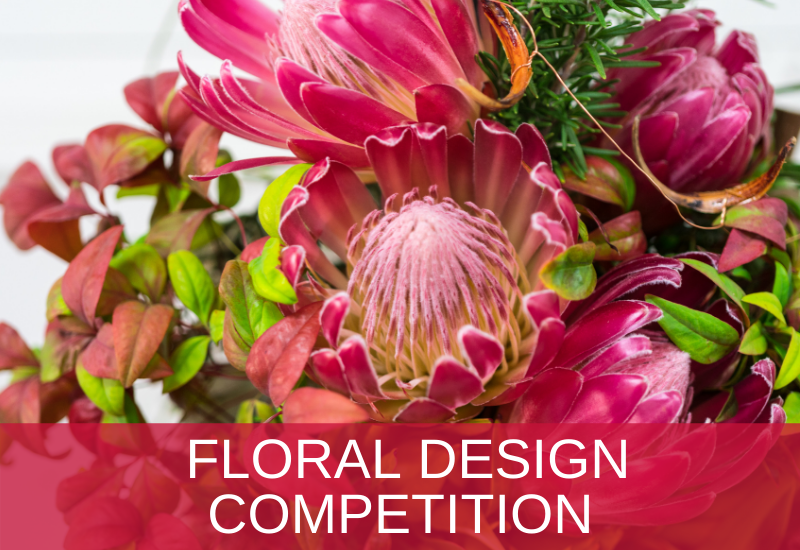 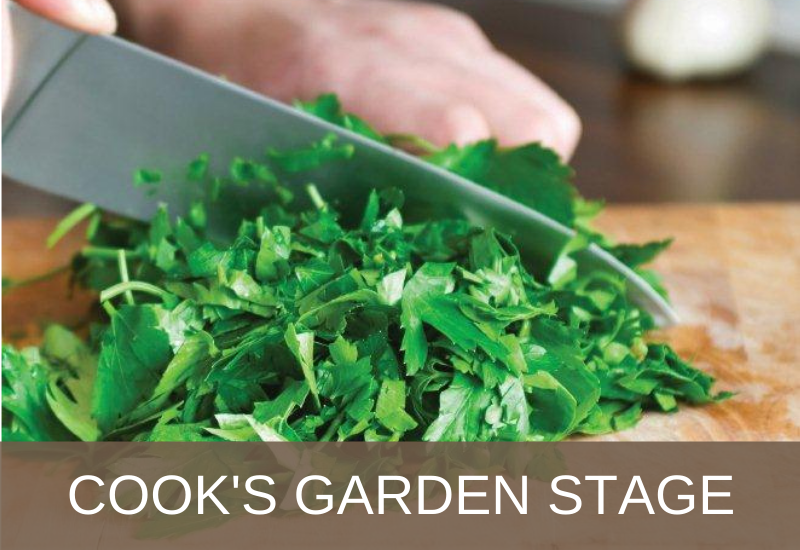 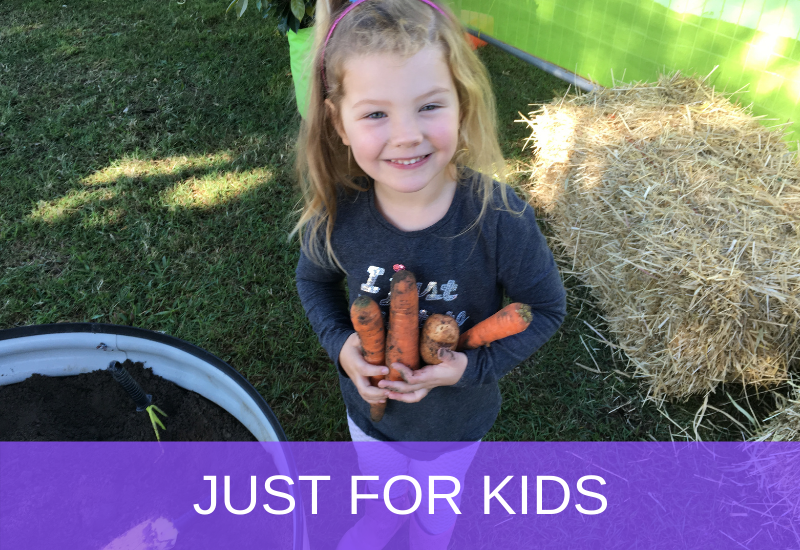